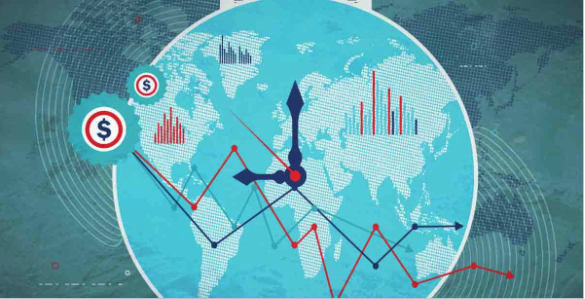 Retailers have been in a quandary for several months, not knowing if they should hire during the COVID-19 pandemic. What if everything shuts down again?

According to the RBC Consumer Spending Report published on October 5th, 2020. there seems to be far less to worry about than the headlines might indicate.

Overall, there has been next to no signs that consumers are worried about the second wave of COVID-19. FACT: Consumer spending was up at least 5% by mid-September. This figure is identical to how consumers were spending in January 2020. While spending certainly tanked in April, that trend was gone by the end of June, with no signs of abating so far.

Surprisingly, of ALL the retail categories to return to former levels, clothing sales showed the strongest revival. Amazed? Yes clothing, jewellery and gift sales are actually UP 1.5% over last years results.

Yet most retailers are reporting they have only returned to 40% of their previous staffing levels.

How can sales be up and staffing levels are drastically down?
Were retailers really overstaffed by 60% last year?

Or is something else going on?

Most retailers only brought back their highest performers from layoff. The old 20/80 rule might be rewritten as the 40/60 rule. Meaning, that a small percentage of your staff generate the most volume. The rest of the staff is “dragged along” because no one can be bothered to retrain or replace them.

Did retailers suddenly get that much more efficient?
Did training levels increase this drastically during lockdown?
Maybe.

If this theory is true, that you only need the BEST staff and not the rest, what steps do retailers need to take to improve the entire talent pool?

If sales continue to rise, do you really have enough staff to generate the maximum sales?
(The principal being it takes 6 staff on the sales floor to generate $1 million in clothing sales.)

Are you working your best players to death, loading them with so much work they will likely leave you?
Are you afraid to replace your furloughed weaker staff with higher talent for fear of looking like mean guys?

There are two sides to the story.

From the retail talent pool, they will tell you they feel like they are working in sweat shops, they are so understaffed. They are burning out quickly and don’t feel the holiday selling season will be maximized at all. Many are planning their exit from retail altogether. It is no longer “fun”. The drudgery of crowd control, infection control, high strung customers, and lack of inventory is wearing even seasoned retailers.

From the executive suite, which is completely baffled as to why sales are up at all, massive skepticism leads it to believe the bottom will fall out any day; so best to keep staffing levels low. After all, isn’t online shopping the way to go?

Nearly to the minute all physical stores reopened, online sales began to decline and physical brick and mortar stores began to rebound. The major problem is not the lack of shoppers, but the lack of seasonal inventory. Orders got cancelled. Nearly every store at September 1 had only 25% of their prime selling space stocked with current goods.

The daily headlines of retail chains filing for protection has most retailers terrified to do much “growth” planning.

However, if they followed their own sales reports and ignored the external drama, their decisions would be very different. They would be staffing up for a likely strong holiday shopping season. The evidence is clear. Consumers want to shop.

This is the time you should be culling your weakest performers, retraining the salvageable, and actively seeking to hire new top performers.

Remember, retail was short 10% of optimum staffing levels before COVID-19 hit. Now it is worse as staff is moving away from retail careers.

Either retailers believe the evidence from their own data and accounting, which indicates sales are consistent and growing, or they follow disaster headlines and plan to shrink. Few to no retailers have ever shrunk their way to success.

Hire and hire fast. Grab this spending surge while you can.