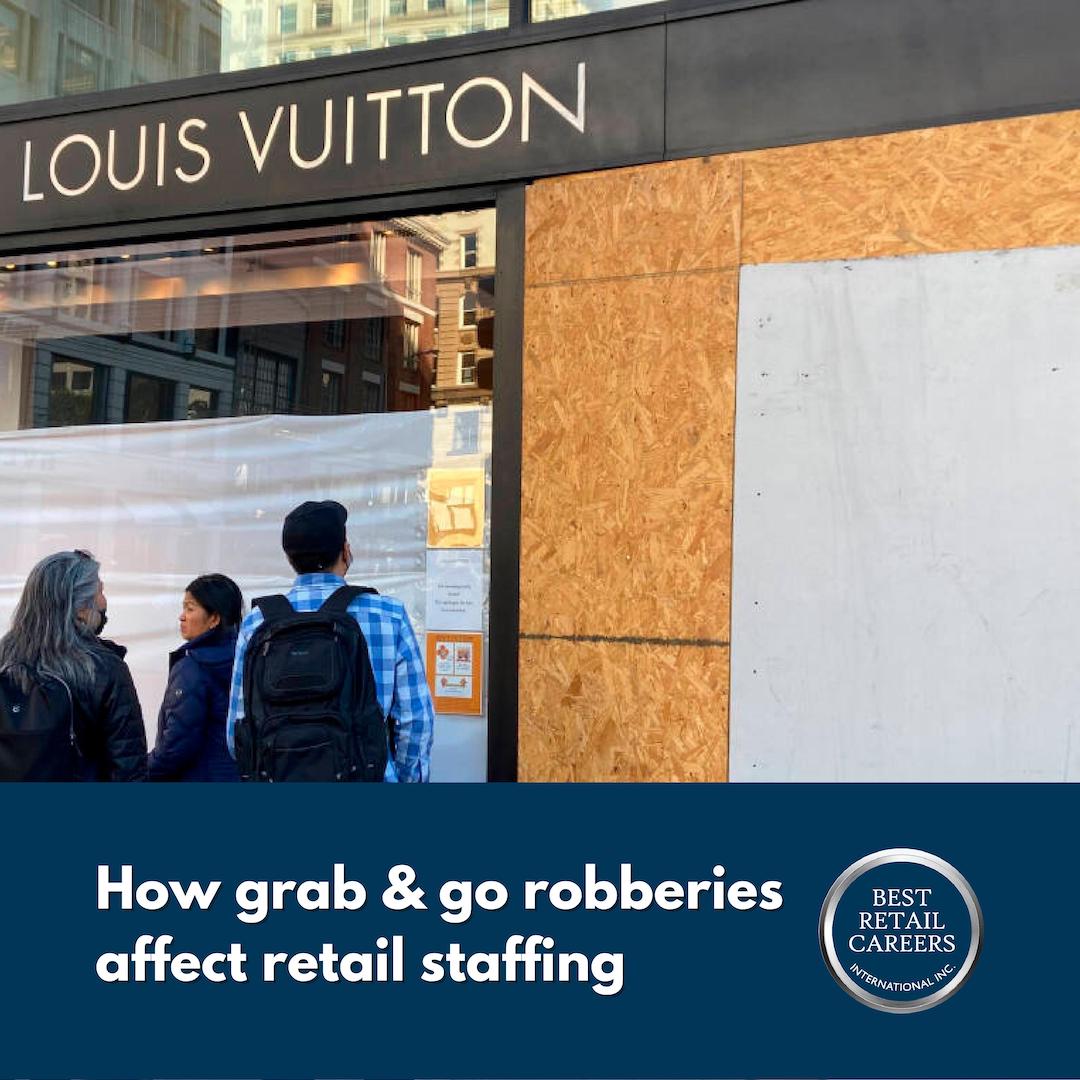 By now, most retailers have seen or heard about the repeated mass losses at upscale retailers in California by swarming groups of up to 80 or more robbers. Black Friday showed an influx of this behaviour across the US.

In Canada, we look in horror thinking it can’t happen here.
Why would you think it can’t?

The entire goods on display system of retail is based upon the honour system. Most folks won’t steal from you because they feel it to be morally wrong. Thus the fancy glass window displays externally and internally with goods not chained down etc. The Retail Council of Canada estimates Canadian retailers lose $7.8 billion a year to shoplifters.

In addition to theft increasing, upscale malls in Toronto have recently dealt with inside gun crimes, as well bringing community street anger inside. Organized retail crime has increased significantly in the last five years, says Bob Moraca, Vice President of Loss Prevention at the National Retail Federation in Washington, D.C.

What has gone wrong?

We look at the targets first: all upscale goods, ones people aspire to own, cannot normally afford, but still feel unjustly denied access to; and of course which can be quickly sold to turn into cash.

A lot of these retailers advertising is no longer in luxury magazines, but on regular social media feeding a sense of denied access and resentment, that their lives are not fulfilled because they cannot legitimately buy these goods. They see luxury parties and celebrities toting these goods on their bodies. They feel left out of the better things in lives. “Live your best life” pundits often push people to see themselves as the losers.

A rise in drug use fuelling addiction and addict behaviour in the last 4-5 years is also a contributing factor to the rise in grab and go theft.

How do Retailers prevent this loss?

There is no end to how stores can fight back.

With Canada reporting at least 1 million job vacancies recently, what is in it for folks to choose retail jobs?

However, staffing is a whole other topic. Already staff have been afraid of catching COVID by risk of exposure from non vaccinated people. Already they spend endless hours cleaning rather than selling. Already they cope with angry customers not wanting to comply to health rules. Add on top of this supply chain nightmares: they don’t have enough to sell to make their usual wages if on commission. They generally make a terrible hourly base wage. Let’s add on fears of being shot or assaulted during a mob robbery…why would a person be attracted to retail jobs?

Retailers have to come to grips that frontline retail jobs are akin to being in a war zone nowadays, and create strategies to mediate all the problems that come with this sector of employment today. If workers feel safe they will return to the retail environment. Retailers must lose the wage and security battle to win the staffing war to stay open!